1600 Page Book is an Ode to Illinois Watch Company Legacy

Fredric J Friedberg recently published a five volume encyclopedia like tome all about the long lost Illinois Watch Company. The 1,648 pages(!) book weighs a solid 24.5 pounds and took a decade to write. The Illinois Watch & Its Hamilton Years is a labor of love and gives the history of an American watch company that specialized in Art Deco timepieces and lived from 1870 to the 1930’s when it was quietly shut down during the Great Depression. 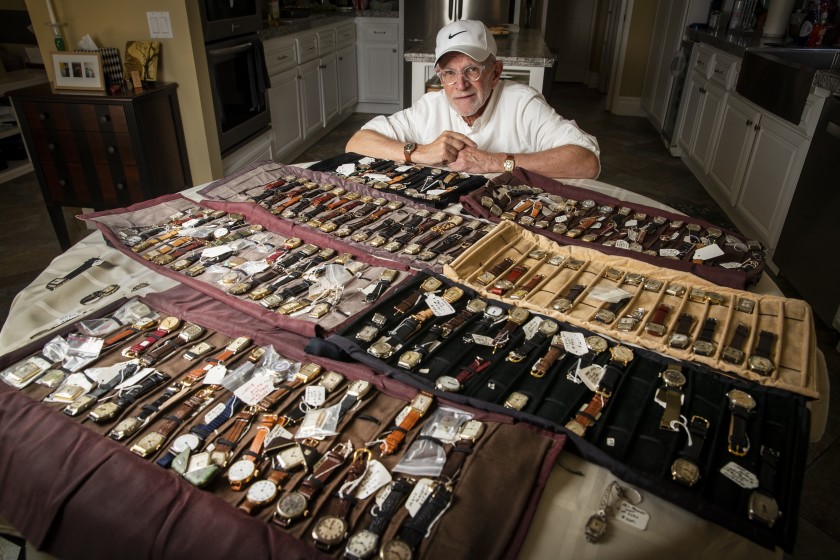 Mr. Friedberg has been a collector since his childhood and it wasn’t until a fated trip into a vintage watch shop in D.C. that started his obsession with the Illinois Watch Co. Since the late 80’s, Fredric has collected over 700 watches and spent 10 years poring over patent applications, advertisements, meeting minutes and more researching and writing for what is the book on Illinois Watches. There is no need for another book because he covered everything. Meticulously. There are 1,000 copies in print, of which half have sold already to places like the Abraham Lincoln Presidential Library and Museum and the National Association of Watch and Clock Collectors. Mr. Friedberg has been slowly selling off his collection to like minded people but admitted he isn’t really done collecting. Once you start collecting, can you ever really stop?