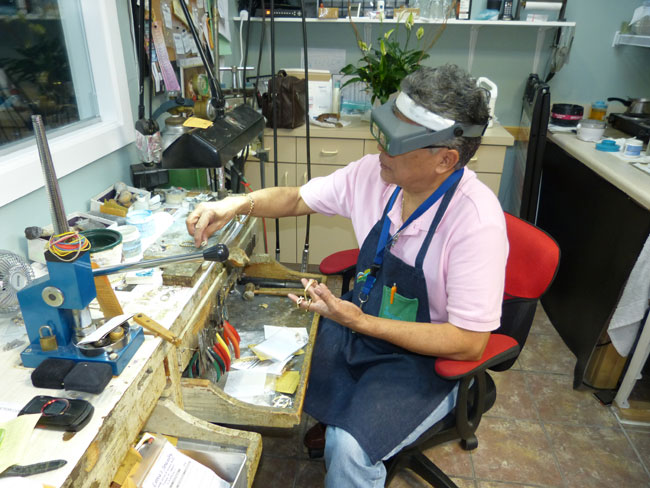 Haskell Jewels, headquartered in New York City, is a leading designer, marketer and distributor of costume jewelry and watches. Haskell is a rapidly growing company which meets the demands of the fashion jewelry and watch business across all categories with many brands and licensees under its corporate umbrella. Through its proprietary brands, private label businesses and licensed brands, Haskell Jewels is the largest vendor to many department stores and mid-tier retailers. The luxury Miriam Haskell collection is still handmade in our New York City studio, as it has been since 1926. In July 2011, Haskell acquired Robert Lee Morris LLC. A brand known for its distinctive design, Robert has won the coveted Coty and CFDA Lifetime Achievement Awards. Haskell’s proprietary M. Haskell line is known for it’s fast fashion and value while Haskell’s licenses of Betsey Johnson, Kenneth Cole and Steve Madden jewelry are a few of the biggest jewelry brands at retail. 2010 brought the founding of Haskell Timepieces LLC. a full service watch designer and distributor which has the Betsey Johnson and Steve Madden watch licenses. Haskell’s ability to service the market at the private label, mid-tier, fashion brand, sterling silver and couture costume levels makes it a unique force in the industry. Haskell’s extensive international operations include Haskell China, with 3 offices and distribution/sales center, and Haskell Canada.