Repair Cafes Popping Up to Support Right to Repair Movement

You’ve seen it many, many times. A device stops working, breaks down, makes a loud noise it’s not supposed to, won’t latch properly, or just goes haywire. So what do you? You inevitably go buy a new one because it’s cheaper and easier than finding someone to repair it. Well, now there are movements across the country advocating for the “Right to Repair”, asking for lawmakers to give consumers the right to repair their own property without having to go back to the manufacturer and spending more money than necessary for a relatively easy fix. Now “Repair Cafe’s” are popping up in New York where volunteers meet to offer free repair services to anyone with a broken gadget. These volunteers depend on a vast DIY network that provides thousands of free repair manuals and other materials and tools. Fixers are able to repair about 75% of broken objects and sometimes with a makeshift solution like rubber banding a broken latch on a dvd player. This biggest opposition to “Right to Repair” legislation are the manufacturers, claiming it jeopardizes their intellectual property but support for it is aplenty as the message gets out. “Rich or poor, black or white, male or female, everyone needs to fix their stuff.” 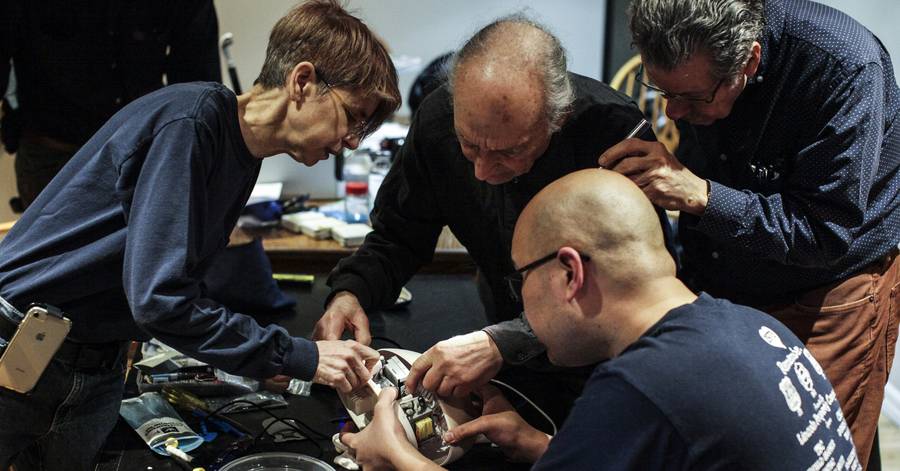