Scientists have theorized that a reservoir of rock existed between the Earth’s mantle and core for years and now they have proven it. While analyzing the gases trapped in the inclusions found in superdeep diamonds, they found helium isotopes that are only found in ancient meteorites. This shows that these isotopes (and diamonds) come from an area deep inside the Earth that hasn’t been touched by volcanic activity and impacts for more than 4 billion years. 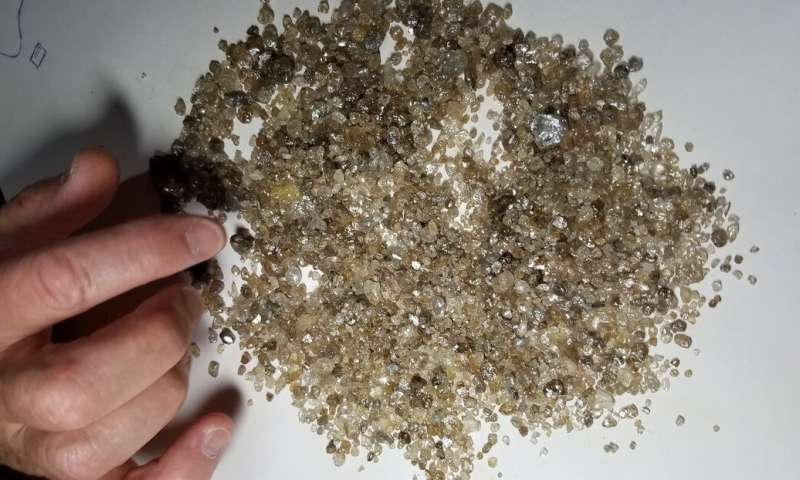 “Diamonds are the hardest, most indestructible natural substance known, so they form a perfect time capsule that provides us a window into the deep Earth.” Dr. Timmerman from the Australian National University explained that their findings (the helium isotops 3He/4He) confirmed that there is a reservoir somewhere between 410 and 660 km below the Earth’s crust that could be from around or even before the Earth and Moon collided. There are still a lot of questions about the reservoir but now that it has been proven to be there, scientists can start further research on mapping the reservoir and what it’s comprised of.