A woman from Canada recently consulted with Bob’s Watches about selling a watch that she found. She stumbled on the watch when trying to retrieve her phone from the cushions of her couch and instead rescued a heretofore unknown watch, and not her own. It turns out that the couch that produced the watch was a thrift store find, purchased for $25 four years before, and there were no records of the previous owner to try to return the watch to its rightful owner. 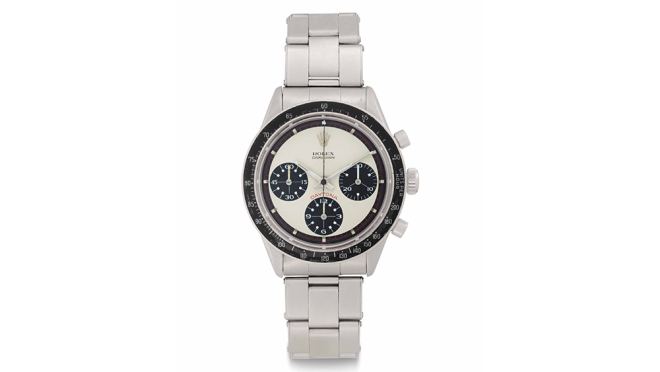 This (anonymous) woman discovered that her find was a rather lucky one – a rare one indeed. The vintage watch is a rare collectors item: a Paul Newman Rolex Daytona 6241. With less that 3,000 Daytona 6241’s produced from 1966 to 1969 and just a fraction of those with the “Paul Newman” dial, this watch is worth more than $250,000; the most expensive watch ever sold at auction was Paul Newman’s very own Rolex Daytona that went for $15.5 million. The woman who was lucky enough to find this watch in her couch is now looking to “buy a house and get a boob job” with her new found wealth.