Can A Tourbillon Watch Really Be Made From A 3D Printer?

Home » Can A Tourbillon Watch Really Be Made From A 3D Printer?
Previous Next

Can A Tourbillon Watch Really Be Made From A 3D Printer?

The 200 year-old tourbillon, with the complexity and beauty of its mechanism, is considered the apex of watch engineering. So when independent watchmaker Nicholas Manousos announced three years ago he was going to create a giant tourbillon using a 3D Printer, many were filled with rue and skepticism. But he has done it and now everyone is in awe of how horology has transcended into the Digital Age. True to his mission, Manousos’ recent accomplishment quickly turned the industry up-side-down – blazing through the traditional paradigm to open the doors for rapid prototyping. 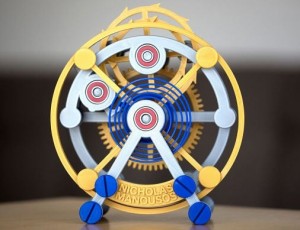 Using a 3D Printer, he designed himself, Manousos created a 1000% scale model of the tourbillon that people would only see in its micro-form inside rare watches. He proved that, yes, CAD watch design can be precise and impeccable, and that yes, an intricate watch mechanism can be made not just by human hands, but by a human-designed 3d printer as well. The tourbillon is such a mesmerizing contraption and it is awesome to be able to see how it works using the 1000% model, as this video shows. 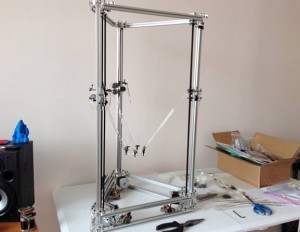