Debeers Cutting Diamond Prices Up to %9 as Worldwide Demand Falls

Debeers Cutting Diamond Prices Up to %9 as Worldwide Demand Falls 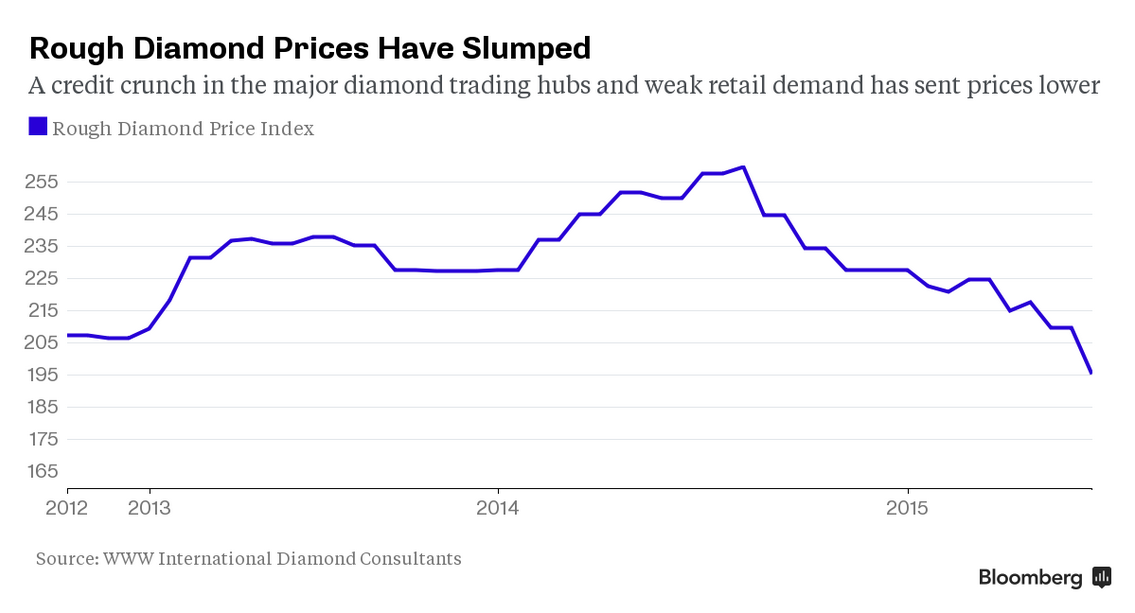 The demand for diamonds has failed to rise despite measures taken by De Beers, previously. Some time ago, De Beers reduced the diamond production in the hopes that the new production strategy will be better suit the market; however, the prices continued falling downwards. As a result, it has cut prices down by 9%. Analysts think it is a desperate move to save the business from the declining trend.
The outcome of this move could go either way, but dwindling share prices and lack of credit had not left many choices for the company. As Antwerp Diamond Bank has begun cutting its operations, it has become extremely critical for the cutting and polishing industry to stay afloat and remain in operation. This price-cut is actually a strategic measure, instead of a knee-jerk response to the weakening demand. De Beers claims that the effects of this price-cut will benefit everyone in the diamond industry, especially the customers.