How an Independent Engineer Produces Handmade Watches and Pens from Scratch

A young product designer and engineer, Ian Schon, produces handmade fountain pens and watches mostly from scratch. He is on a mission to provide a service to people who appreciate fine craftsmanship. He’s openly transparent about how much of his products he produces single handedly and how much he sources out because he knows people care. He has a passion for designing and creating and says he’s “a guy who makes stuff. All the stuff I make is stuff I love, because I love having things made by people I know.” 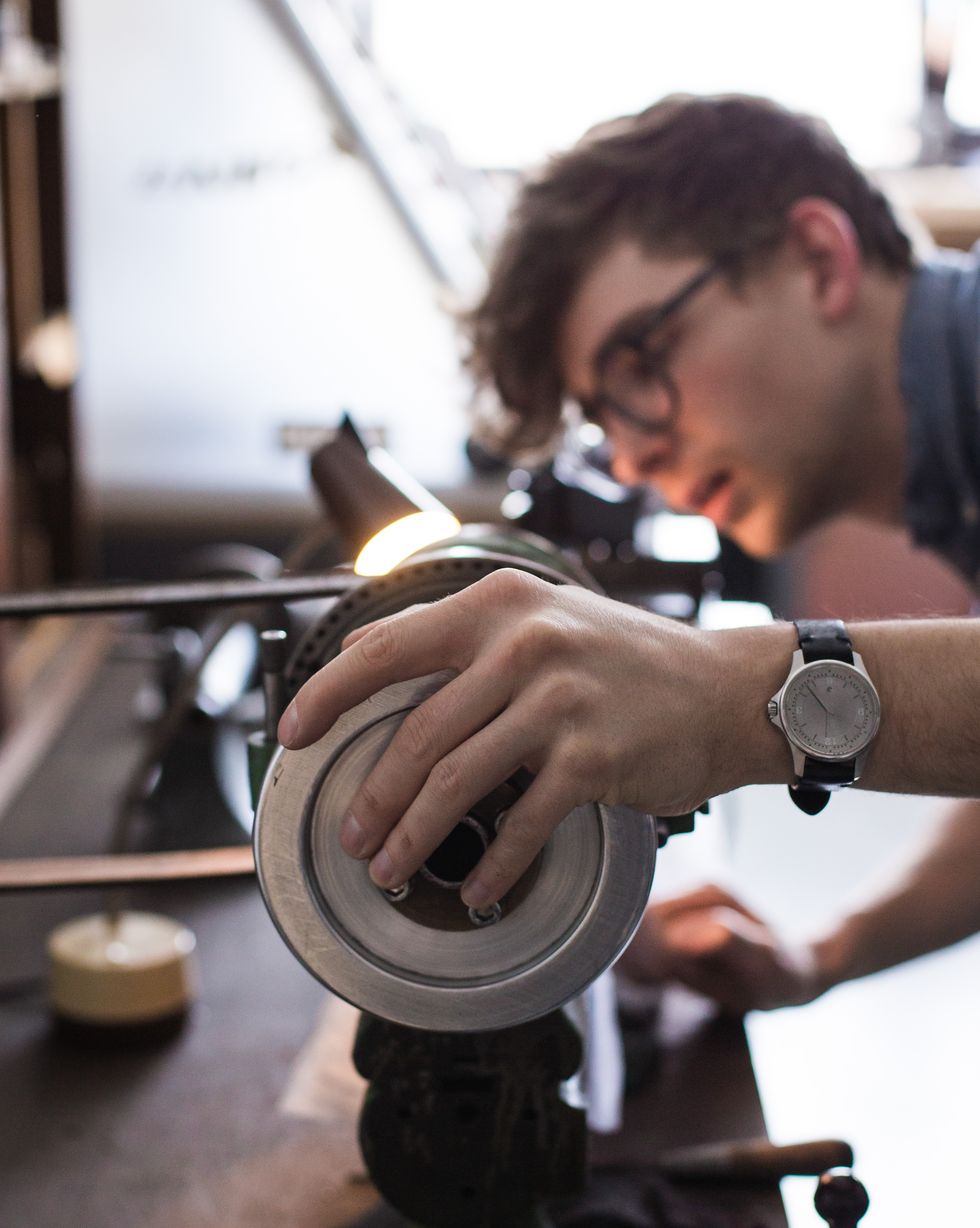 He started making pens in 2010 because he wanted to make something that is used everyday and that anyone can use. After the pens, he expanded to watches in 2015. He machines the watch cases in his apartment, which is practically unheard of, and also crafts his own watch hands and dials. Ian Schon has someone who assists in assembly and polishing, but he is mostly hands on from designing and manufacturing to marketing, invoicing, photography and more. He says he likes to work by himself to be more intimate with his material and keep it more personal. His work ethic shows in his craftsmanship and you can tell he’s excited by it all. We can only hope more people come out with his same enthusiasm for detail, design, and the process.