If you know about luxury watches, you would know that COSC chronometer certification is the gold ensuring accuracy, reliability and quality of execution of the timepieces certified by it. However, Omega has decided to move away from COSC certification and move towards a more stringent and comprehensive certification from METAS. 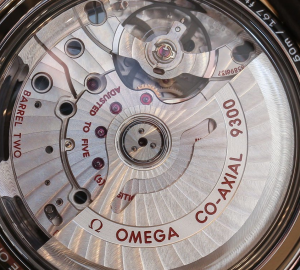 In recent years, Omega has engineered some of the most advanced watch movements which are not only accurate but also inherently possess anti-magnetic properties without requiring an extra iron shield. The COSC certification, which tests timepieces along the lines of the definition of a chronometer provided under ISO 3159, was given up in favor of a more accurate certification from METAS that would test chronometers under magnetic influences as well.
METAS agency is controlled by the Swiss government and will provide certifications to the non-Swatch group of companies as well. By adopting to this modern certification, Omega hopes to add more value to its timepieces, value that would even surpass COSC certification.