Swiss Competition Commission (COMCO) said that Swatch will have to abide by its 2013 agreement and it will not be allowed to sell excess inventory to new customers. This comes after its existing customers Sellita and Tudor, had ordered 700,000 fewer units in 2017 than ordered in 2016 leading to idle capacity at Swatch. 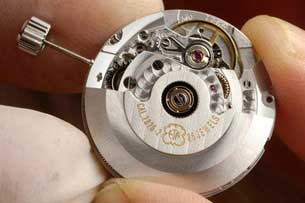 However, Swatch’s proposition to gradually ease out production by 2019 had prompted smaller Swiss watch movement makers to ramp up production which is a slow and difficult process. Moreover, Swatch holds 60% market share, hence had they sold their excess inventory to new customers, the small movement manufacturers would have suffered.

COMCO after studying the matter ruled that Swatch must abide by its 2013 agreement. In light of this ruling, Swatch will be forced to consider options to significantly raise prices of their movements, which will impact manufacturing costs of its buyers.