The concept of a Rube Goldberg Machine is to make overly complicated mechanisms to perform utterly simple and mundane tasks. It reminds me of a cartoon Tom & Jerry where Tom builds an overly complex machine to decimate Jerry, but fails, obviously. Similarly, this machine made from Seiko Watch Parts is also complicated, but beautiful. Internet can surely add one more to the list of satisfying videos. 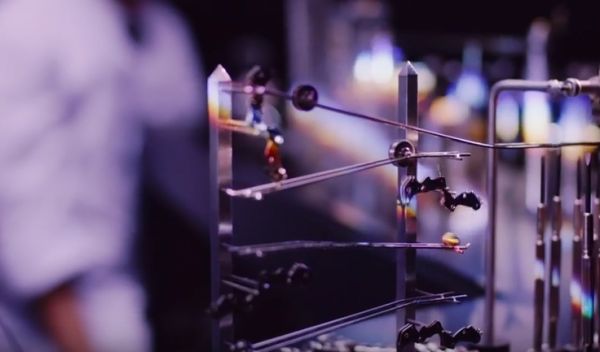 This amazing machine is made from 1200 tiny watch parts and is just powered by gravity…. and umm… humans too. Yes, it needs humans here and there to keep things moving, but still it is amazingly small and beautiful at the same time – the melodious clinks and clanks as things roll along keeps you wanting for more.

This video is Seiko’s Japan ad in which the song is composed by its CEO Shinji Hattori and written by Seiko employees. The creativity and patience of these watchmakers never fails to astonish me.