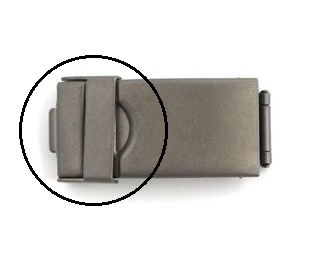 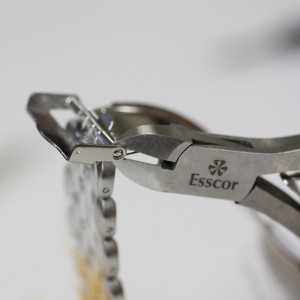 Take your side cutter tool and open the jaws so you can position them inside the clasp between the band and the edge of the clasp. This will allow you to cut the pin and remove the security catch.

Close the jaws of your side cutter, being careful not to cut or scratch the watch band or clasp itself. Squeeze the cutter firmly until it clicks and cuts through the pin cover. Set the side cutter aside and let the loose cover end of the pin fall from of the clasp.

This end of the clasp will now be unattached from the watch band, you will put it back together once you have your new security catch in place. 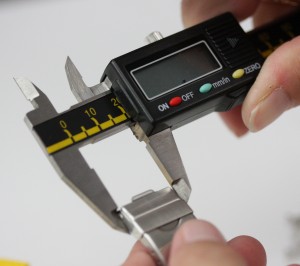 Take the free end of the watch clasp where the security catch attaches and measure its outside diameter with your digital gauge.

Then turn the band on its side to measure the inside diameter of the hole for the new tube and pin that will hold the security catch in place. Use the backward opening jaws of your digital gauge for this. These measurements will give you all the information that you need to order the correct color and size replacement security catch and friction pins. 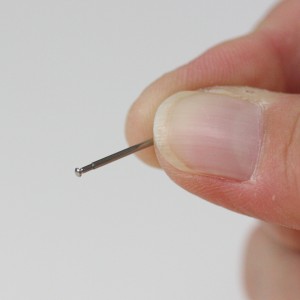 With the new pin on hand you can now re-attach the loose end of the clasp to the band. Note that these friction tube and pin cover pins come with one pin cover pre-fit so you will want to start by putting all the parts of the band together before inserting the pin. 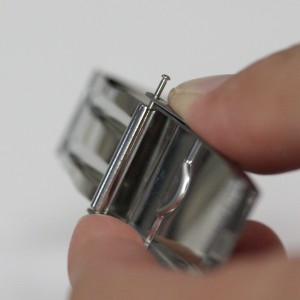 Start to insert your friction tube with pre-installed pin cover into the clasp, catch and band to help hold them together. When they are loosely held together place all three parts into your watch band holder to keep them steady while you finish replacing the friction pin. 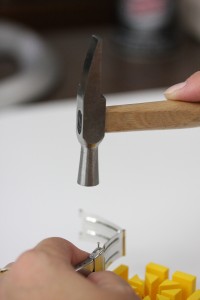 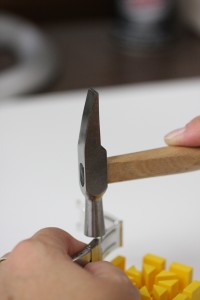 Remove the watch band from the holder and turn it over so you can place the loose pin cover. Return the watch band to the holder to keep it steady while you work. Grab your pin cover with your tweezers and insert it into the top hole in the security catch. Place your pin pusher against the top of the pin cover and use your hammer to gently tap on the pin pusher to set the cover into place.

Once the second pin cover is flush with the security catch and it is securely attached to the band you can remove the watch band from the holder and wear it again with pride. To learn more about watch repair, you can check out the rest of our Learning Center. 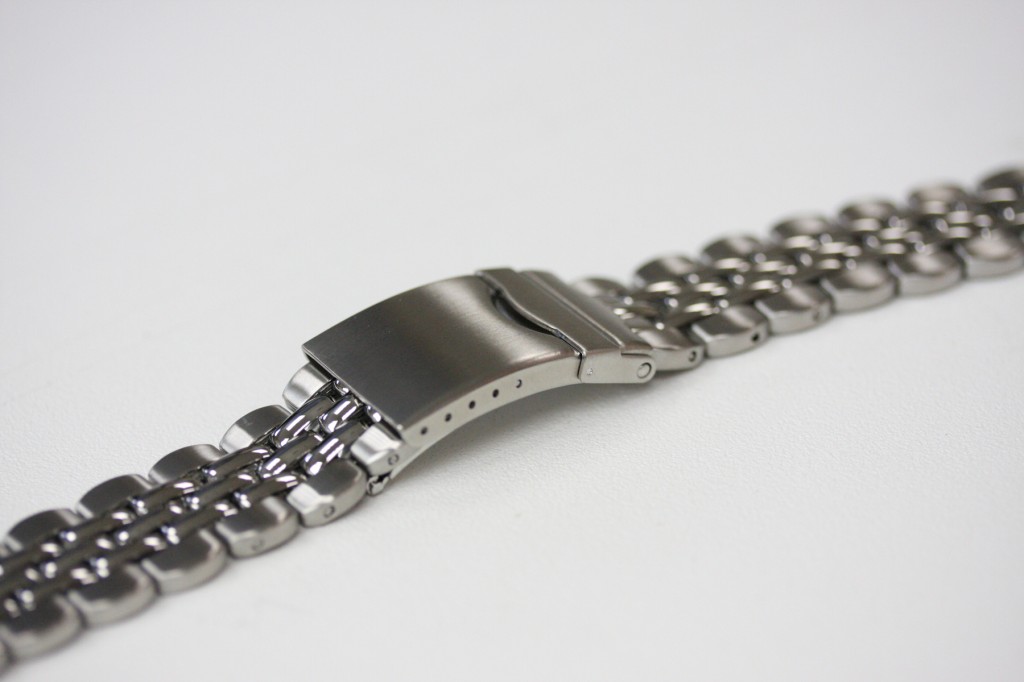