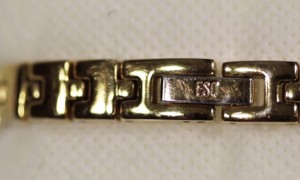 Sometimes your watch band clasp will wear out before your watch band does. If you don’t want to replace your whole watch band you can always just replace the clasp itself. Use this guide to learn how to change a solid link center catch clasps. 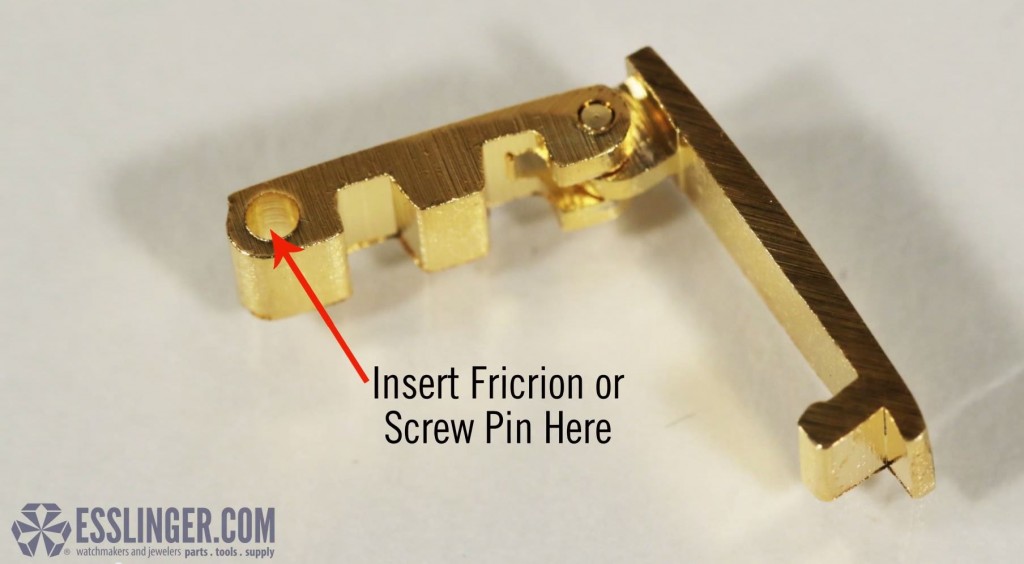 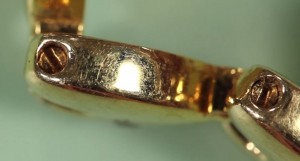 The first thing to do will be to remove the old clasp so you can replace it and continue wearing your watch. Look at your watch clasp where it attaches to the watch band. On one side of the band you will see either a flat ended pin, or a flathead screw seam in the pin that tells you the clasp is held in place with a screw. Position the watch band in your watch band holder so that the screw seam side is facing up.

Be aware that it may be difficult to turn the screw at first if it has been in your watch for a long time.

Once the band is positioned securely in your watch band holder, take your watchmaker’s flathead screwdriver and turn the screw counter-clockwise to remove it. Or use your pin pusher or push the pin out. 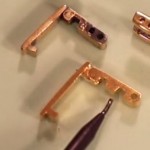 When the screw is not coming any further out of the watch band as you turn it, set your screwdriver aside. Use your non-magnetic tweezers to grab the screw and pull it out of the watch. Place it in your parts tray so you can use it later if necessary. Remove the watch band from the holder and let the old clasp fall onto the table. Note whether the old clasp has a double or single channel inside before setting it aside. 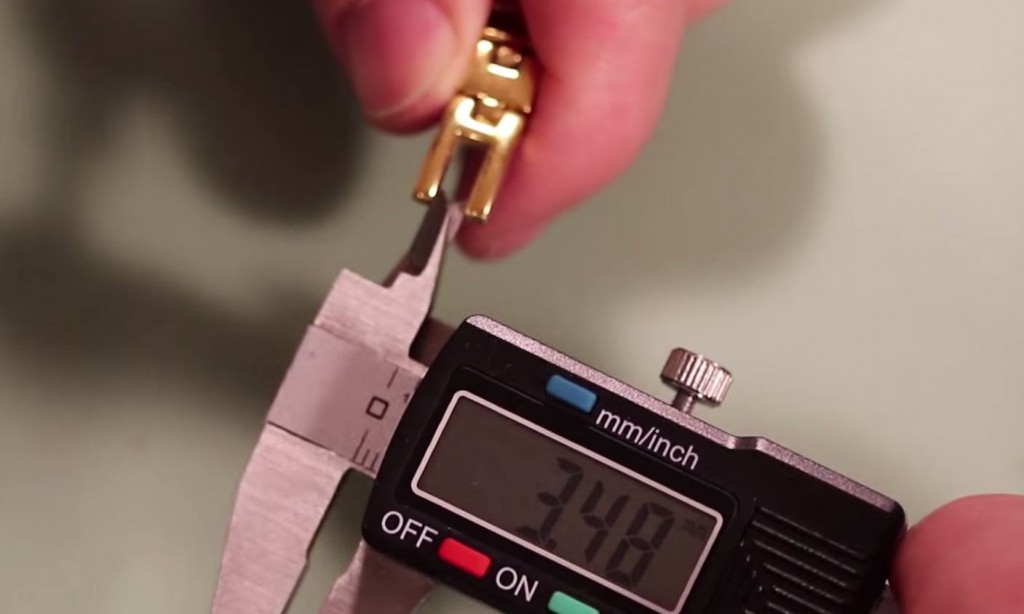 Take the free end of your watch band and measure the space between the lugs where the clasp used to sit with the backward opening jaws of your digital gauge. Order a replacement watch clasp in the correct metal color using your measurement and your observations of the number of channels in the old clasp.

When you have your new clasp, be sure to test it with the existing hook attached to the other end of the watch band. Make sure you can still close the clasp so that it holds the hook securely. Once you know that the new clasp matches the hook you can position the new clasp between the lugs so that it opens the correct direction to hold the watch band closed. 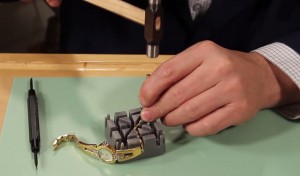 Insert the old screw or friction pin into the hole in the band to keep the band and clasp lined up as you insert it into your watch band holder to keep it steady. Be sure to insert the pin in the same direction it was before you removed the old clasp.

Take your flathead screwdriver again and tighten the screw into place, turning it clockwise. When you cannot turn it anymore, you’ll know that it is securely tightened.

Once the screw has been fully tightened and your watch band is securely back together, you can continue wearing your watch again. To learn more about watch band repair, check out the rest of our Learning Center.