How to Change a Rubber Sport Watch Band

Home » How to Change a Rubber Sport Watch Band
Previous Next

How to Change a Rubber Sport Watch Band

Maybe your current watch band is worn out and in need of a change, or maybe you would just like to update the look of your watch band, either way you can accomplish your goal with a new sport rubber watch band. These watch bands are most commonly connected to watch cases with spring bars that are often hidden under the watch case. Use this guide to learn how to remove and replace your rubber watch band. 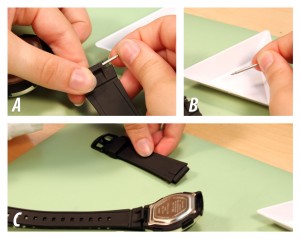 Once the first part of the band is partially free of the case, you can easily pull it out of the case completely. Remove the spring bar from the band and place it in your parts tray before setting the watch band aside so you will remember which side of the watch case it belongs on. 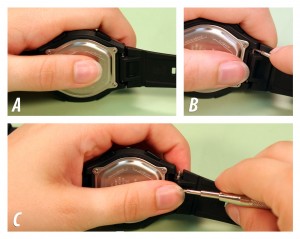 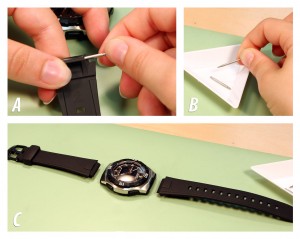 Grab the second half of the new watch band and insert the other spring bar into the band.

Once you are certain that both sides of the band are securely positioned in the watch case, you can put your watch on and continue to wear it again.