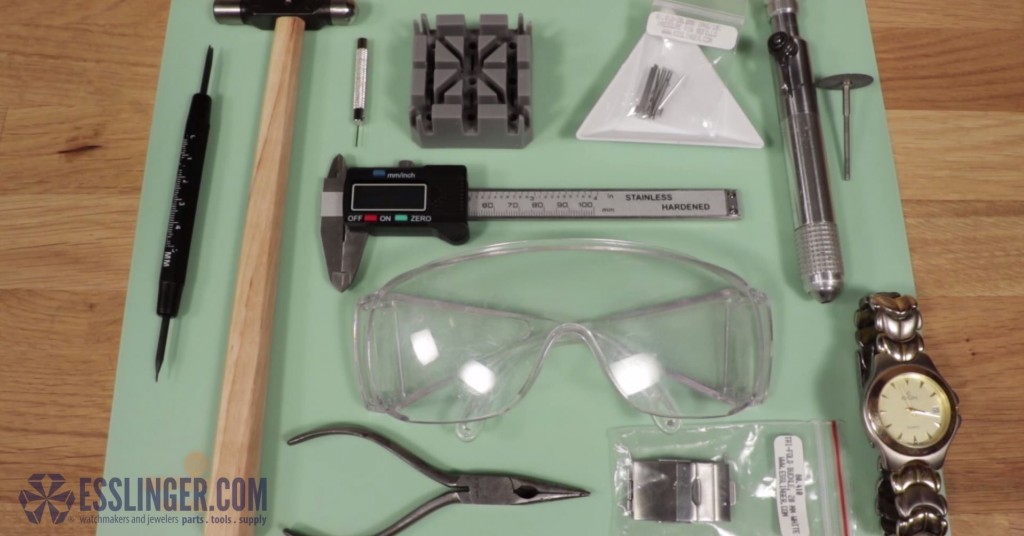 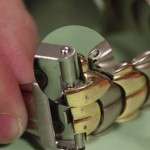 To remove this style pin, you will need your flex shaft with thin cutting disc or another tool that will allow you to cut the end cap from the friction tube. You will also want to put on a pair of protective glasses to protect your eyes from any flying bits of metal. 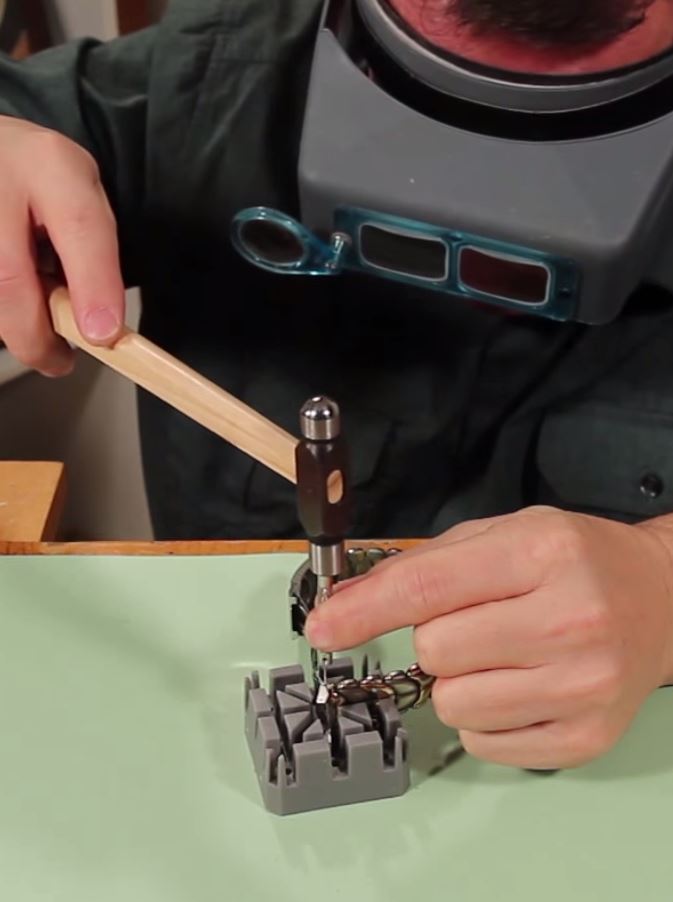 Gradually increase the pressure you apply with the hammer until the pin punch is steadily pushing the tube out of band. When you can’t push the pin punch any further into the watch band, set the punch and your hammer aside and remove the watch band from the holder. If the tube does not fall out of the watch band, grab it with your fingers and pull it out then set it aside in your parts tray.

Let the first end of the old clasp and the security catch fall free of the watch band. It should be the ‘forked’ end of the clasp with a gap between the two tube ends of the clasp like this. Use the security catch here to help you remember which side of the watch band the forked end attached to so you can be sure that you place the new clasp correctly later. 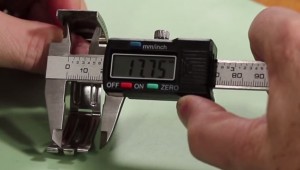 Next, use the old clasp to measure for the dimensions of the new clasp. Start by measuring the outside of the forked end of the clasp with your digital gauge. With that measurement in hand, you’ll measure the inside of the cover part of the clasp that fits over the watch band.

Use the backward opening jaws of the gauge to find this measurement. It should be about one millimeter larger than you first measurement. Order the right size and color replacement watch band clasp. 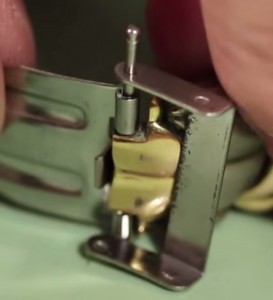 With the watch clasp partially attached to the watch band, you can now attach the other end of the clasp to the band. Take the two loose ends and hold them together so the forked end hugs the loose end of the band like this. Start to insert your friction tube into the clasp and band to hold them together and then place both parts into your watch band holder to keep them steady while you replace the friction pin. 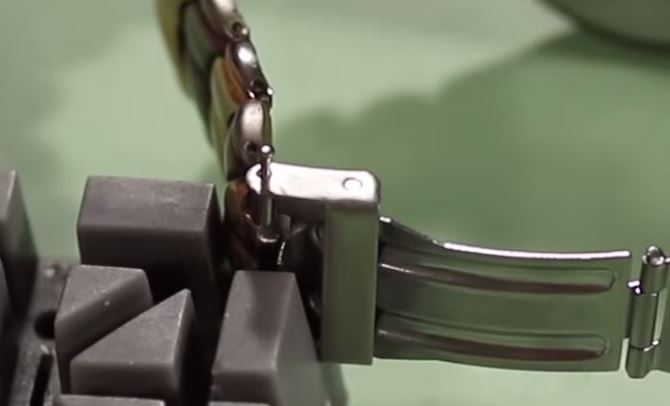 Once the security catch is completely attached you can remove the watch band from the holder and wear it again with pride. To learn more about watch band repair, check out the rest of our Learning Center.